The custom app is when the app developers create the entire app from scratch, which takes a lot of hours, resources, and money to pull off successfully. The other side is the clone development approach which is quicker and very cost-effective.

Today we will not be comparing these two approaches as there are several blogs written on it already. We are going to reveal a new sub-section; two distinct approaches in the clone solution itself. Two definitions are floating in the market about the clone app development approach, and both of them are different and yet correct.

Let’s break down the myth behind these two clone app development approaches and find the best one. Spoiler alert! There is a clear winner.

What is App Cloning Software?

App cloning software is a tool designed to create an absolute copy of any app. Due to its easy and affordable nature, many entrepreneurs and businesses are opting for this app development solution. It is the most trending approach for developing or cloning any kind of app.

What is an App Cloning Company?

Machines are good at repetitive work, but when there are new problems and parameters beyond the understanding of a machine, that’s when a human approach is needed the most. App cloning companies do the work a bit like the cloning software, but with the human touch and expertise that goes beyond the standard AI application range. In this approach, the clone app is customized and worked on by experienced developers, instead of just cloning software.

Read also: The Most Popular Rental Business Ideas to Start

There is a quite huge difference between cloning an app on App Cloning Software and getting it made from an app cloning company.

The cloning software may give you quick results but is of low quality. However, when you opt for any best app cloning company you will have a fully-featured app with high functionality and within less time period as well.

Know more: I Have an Idea for an App, What’s Next?

Why Does App Cloning Software Look Cool but Aren’t?

This approach may sound cool as you save a lot of money, and you do it on your own (DIY style), but it is not practical. Depending entirely on a piece of cloning custom software development is a lot like leaving your child in the care of a robot babysitter. Anything could go wrong, and there wouldn’t be a human to handle the issue.

According to a survey, about two-thirds of apps fail to reach 1,000 downloads in the first year. And even if they get enough downloads, 23% of users abandon an app after a single-use.

Why Do Apps Develop From App Cloning Software Fail To Perform?

There are some really good reasons why you should avoid going on the software path, here are the top reasons:

When you build an app on any best mobile app cloning software, you have to compromise the quality largely be it in terms of functionality or its appearance.

There is a huge difference between building an app from an expert developer and on cloning software. If your app development project is in the hand of a professional coder, they ensure the high functionality and robustness of the app while testing it through several QA methods.

As we stated above, the quality of app functionality and appearance is quite low; thus, you can assume your money and precious time have been completely wasted.

Even after completing the development of your app, sometimes you may need to do massive rework on it due to poor functionality or frequent bugs. This further takes lots of time whilst not getting satisfactory results. Trying to salvage your app built with clone software may cost you even more than what you would have spent on a good app clone company.

When you choose to develop your app with the app cloning software, you have to go with the existing features of the original app, no matter whether they are useful or not.

Many of the app owners have expressed this drawback of app cloning software as a major reason for app failure. There is extra baggage of app features that you don’t need, while the ones that you do need can’t be added with the clone software approach.

Apple has set a rule for the app store, which states that apps build from app generation service or a commercialized template will be rejected.

In simple terms, all the clone apps on Apple App Store are being removed, and no new clone apps will be released on their marketplace. Hundreds of thousands of apps have already been removed from the app store over the past year. This clearly indicates that the app you will build on app cloning software is going to be an absolute waste if you were planning to launch for iOS users.

In What Cases Does a Clone App Software Make Sense?

Mobile app replication is a fairly popular service, and you can consider this option in the following cases:

How is The App Clone Company Approach Different?

If you are still reading, we know that you don’t want to go with that long-term and tedious process of app development; instead, you want an inexpensive solution. Thus, we suggest you go for app clone but ignore the “app cloning software” and instead focus on the best clone app development company you can find.

There are several clone app companies that have developed their own ready-to-go solutions which you can purchase, and the team will customize the app to fit your design and feature needs. aPurple has several such app clone solutions which are ready to launch within 48 hours.

Read also: Why is HungerStation the Most Popular Grocery and Food Delivery App in Saudi Arabia?

There are several clone development companies that have such a high level of experience that they can build clone apps as good as the original ones. This approach gives you the best of both worlds, whether it be cost-effectiveness or freedom of customization.

Here are the top reasons to go with the app clone company approach:

An app clone provided by a top clone app development company matches the functionality of the original app as expert coders develop the app clone. These experts use the best mobile app clone scripts of high quality.

For app clones, you will have to pay quite less amount compared to the custom app development. As there are already myriads of mobile app clone scripts available in the market, it becomes easy and effortless for any app clone development company to build the app clone that you want and thereby reduce the final development cost.

Read Also: The Lowest Cost for the Best Food Delivery App in Town

It takes fewer days to build the app clone and complete your project requirements saving a lot of time. An app clone development company provides you with a ready-to-implement app solution that enables you to launch your app ASAP.

The best app clone development service company gives you the best clone app for Android or iPhone as per your requirements. You can ask the company to add any advanced and trending feature that you want to your app so that it can match all the requirements of users.

We have advised you of the best alternative for app cloning software, which comes with enormous benefits and satisfactory outcomes. Now it is your turn to make a wise decision for your business’s physical and digital faces.

aPurple is one of the best clone development service companies that use the finest mobile app clone scripts to provide robust and precise app clones to their clients. Talk to our expert developers and business executives at aPurple and discuss your app clone requirements. 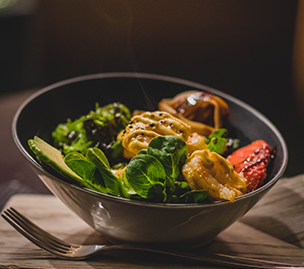 Paresh Sagar
The CEO of aPurple and a digital marketing expert. Paresh is our in-house marketing scientist who loves to experiment with new marketing techniques and strategies. His blogs are worth a read for entrepreneurs and technical experts alike. If you wanna learn how marketing works, Paresh is the man for you.

Build Your App From Clone: Software Vs. Company Approach

How to Start your own White Label Netflix Clone App Development?